While there is strong support for protected bicycle facilities in Oakland and many cities of the East Bay, not everyone who bicycles regularly has seen a protected bikeway, much less experienced the level of safety and comfort these new bikeway facilities provide.

Cities around the US that have installed protected bikeways have seen the numbers of people bicycling double and triple, which we expect to see happen on Bike to Work Day, Thursday May 8. 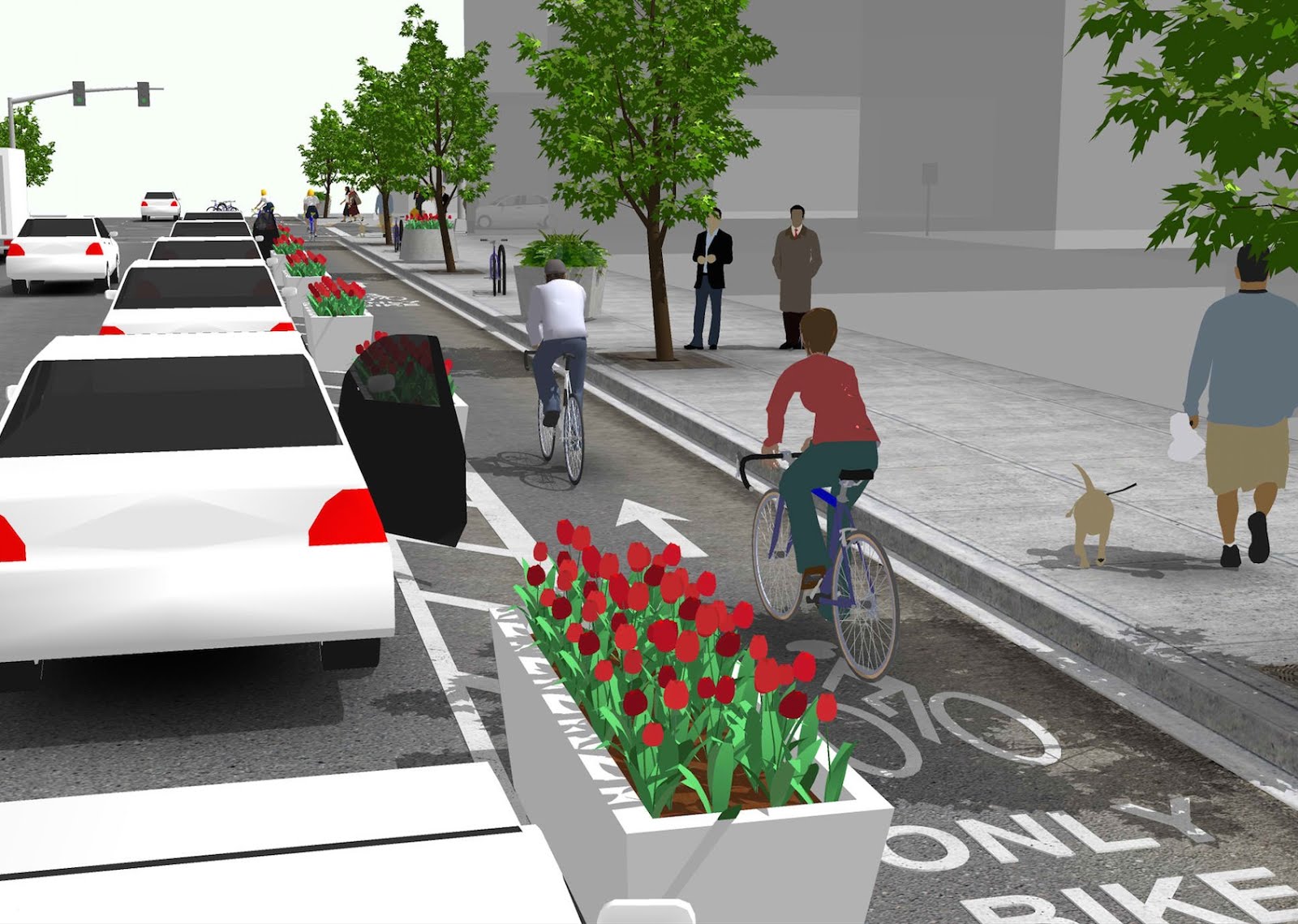 On the block of Telegraph Avenue between 27th St and Sycamore, in the southbound direction toward Downtown Oakland, Bike East Bay and Walk Oakland Bike Oakland are creating a visionary parking-protected bikeway for morning commuters to experience and get a taste of what the future of bicycling in Oakland will be like. The protected bikeway will include a physical buffer of parked cars between the bikeway and moving cars, and to make it look great Oakland Parks & Recreation Department has donated stock tanks full of bee pollinating plants, Rock Paper Scissors Art Collective is contributing decorative art boxes, and a temporary parklet will be set up for bike commuters to stop and rest, get Bike to Work Day goodies while re-energizing, and take a quick survey about their experience riding the protected bikeway. It?ll be media central on Bike to Work Day.

Expected to join hundreds of bike commuters on the temporary protected bikeway are Oakland Mayor Jean Quan and City Councilmembers Lynette McElhaney, Rebecca Kaplan and Dan Kalb, all setting an example by bicycling to work. To greet them will be Kaiser Permanente?s team from Oakland Headquarters providing morning snacks and drinks, the Great Western Climbing Gym on hand to help, Bicycle Coffee Company with fresh coffee of course, and Bay Area Bikes providing free bike tune-ups.

Oakland is currently developing plans for improving safety and bus service on Telegraph Ave in both the KONO District and the Temescal District, and one of the design options includes parking-protected bikeways. Hundreds of people have attended recent public open houses on the project and seen 3D sketchups of protected bikeway concepts. On Bike to Work Day, they get to experience it and so can you. Physical separation is better for bicycling, safer for pedestrians, appreciated by drivers, supported by AC Transit, and good for businesses. Find out more about our Telegraph Avenue Bikeway Campaign here.

Our protected bikeway is going to be even cooler than Minneapolis?s similar bikeway demo last year.

Read about the Minneapolis protected bikeway on Treehugger.