Volunteer here for our final 36 hours for Measure KK

Oakland has the chance to make a critical investment in streets and city buildings and preserve affordable housing this November, and as members of Bike East Bay, we can make a big difference.  Oakland’s Measure KK will provide much needed funds to pave our streets and fix our sidewalks. Imagine walking, biking and even driving around Oakland without hitting potholes or broken sidewalks on every other block.  Imagine an Oakland where residents are secure in knowing that their homes will stay affordable.  Click here to read more about Measure KK’s affordable housing provisions.   Measure KK funds will also be used to repair our parks, libraries and fire stations.

As the Chronicle writes in support of Measure KK:

“One of the appealing elements of Measure KK is that it is focused on the practical. It does not include any shiny new projects.”

“The largest chunk of the bond money, $350 million, would go toward streets and sidewalks. Residents and anyone else who has spent any time in the East Bay city would acknowledge the need: only 25 percent of its streets are considered in good repair. Measure KK funding would allow the city to raise that level to 70 percent.”

“From fixing potholes and adding modern bike lanes to investing in affordable housing and updating libraries, KK is another one of those du jour infrastructure bonds, to the tune of $600 million, offered in phases over several years. We support it.”

More on all our endorsements here.

The Yes on Measure KK team in action. 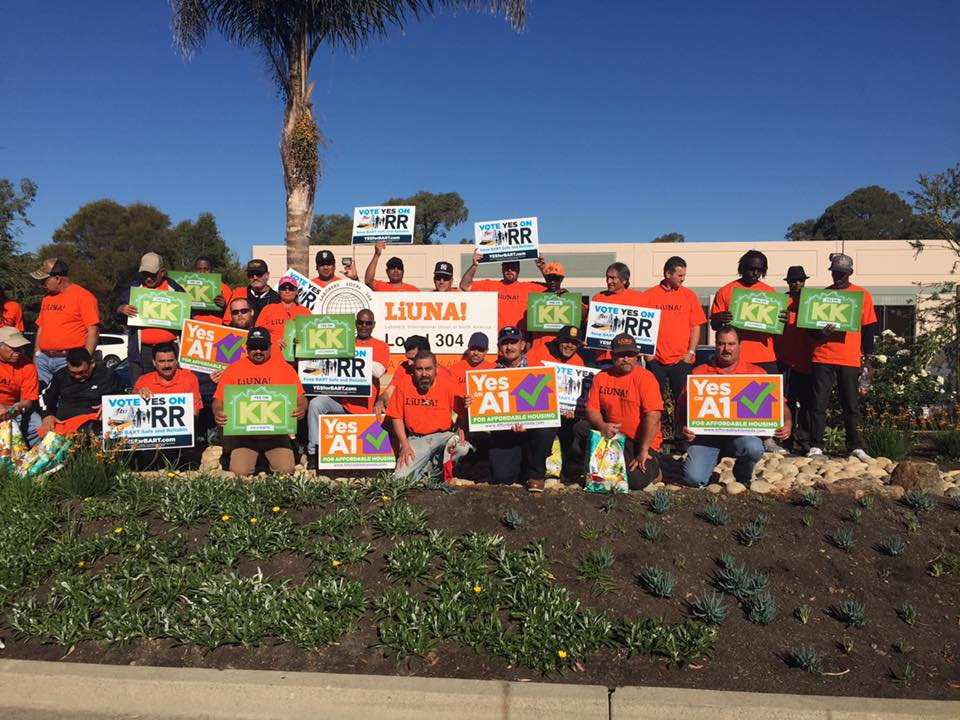 Check out a photo from our October 8th Labor Rally!