We were all set to provide a rare compliment to leadership at Alameda County Public Works for their initial recommendation to remove parking on one side of the road and add bike lanes on Somerset Avenue in Castro Valley. But at the June 20 Castro Valley Municipal Advisory Committee meeting, Public Works leadership reverted to a dangerous street for bicycling to four nearby schools.

Leadership’s initial proposal was to remove parking on the north side of Somerset, between Redwood Road and Stanton Avenue, which redesign would provide space for bike lanes on each side of the street, like this: 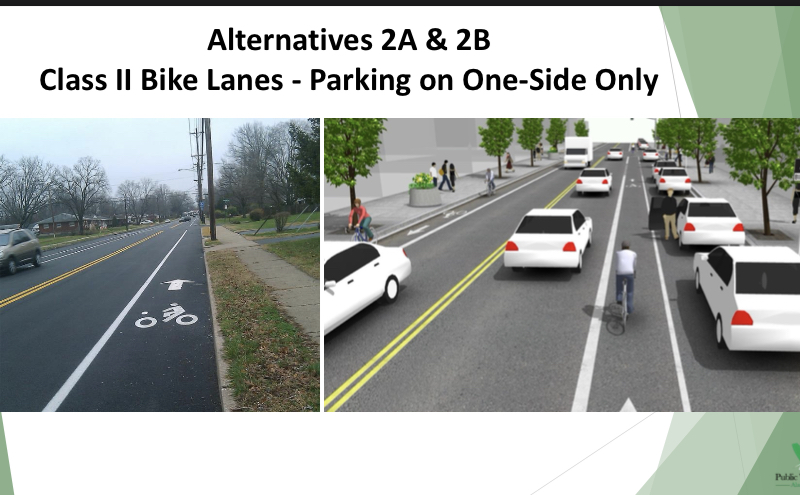 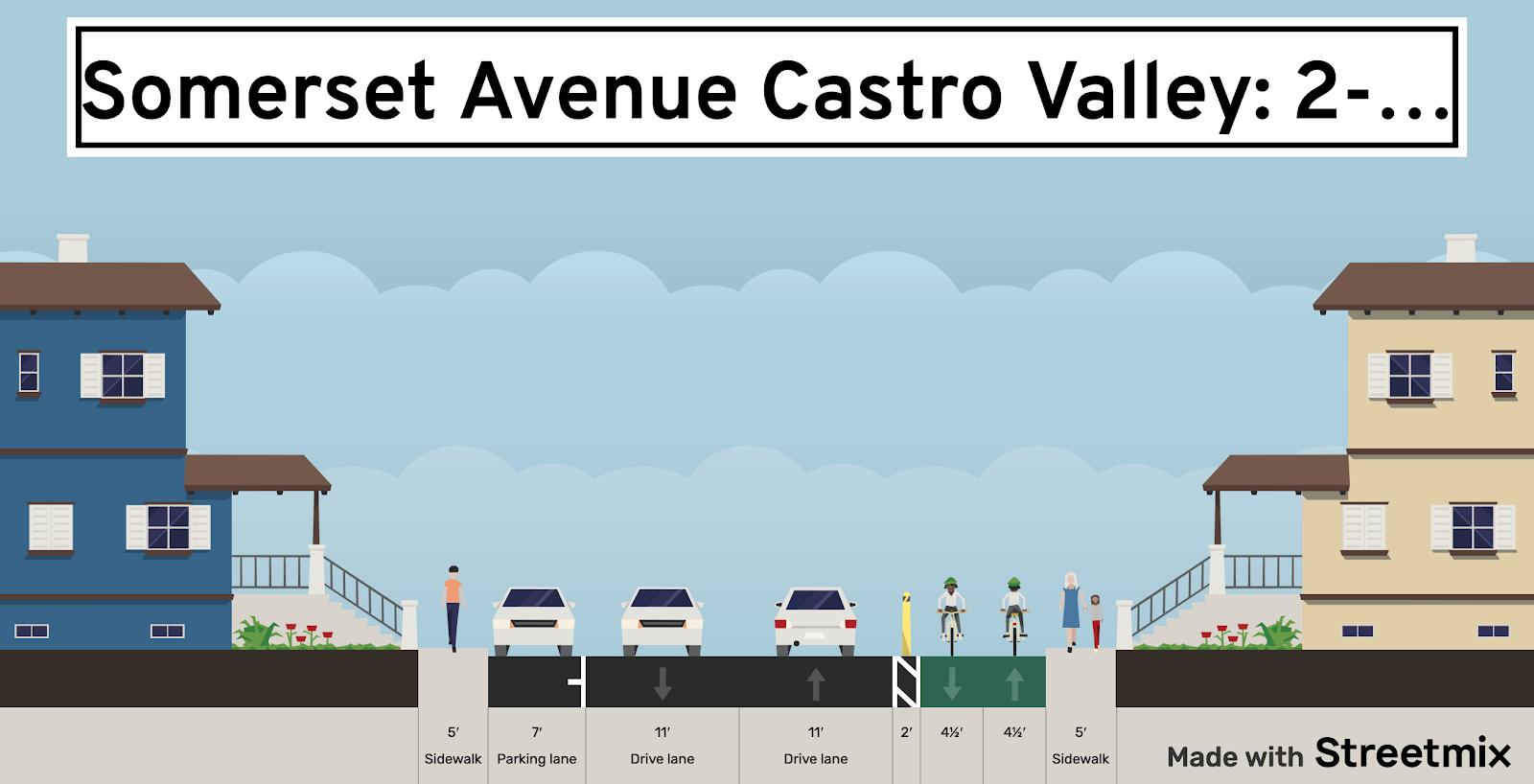 Leadership’s parking removal proposal was based on their survey of daily average of cars parking on the street. The analysis shows that keeping parking on southside would be sufficient: 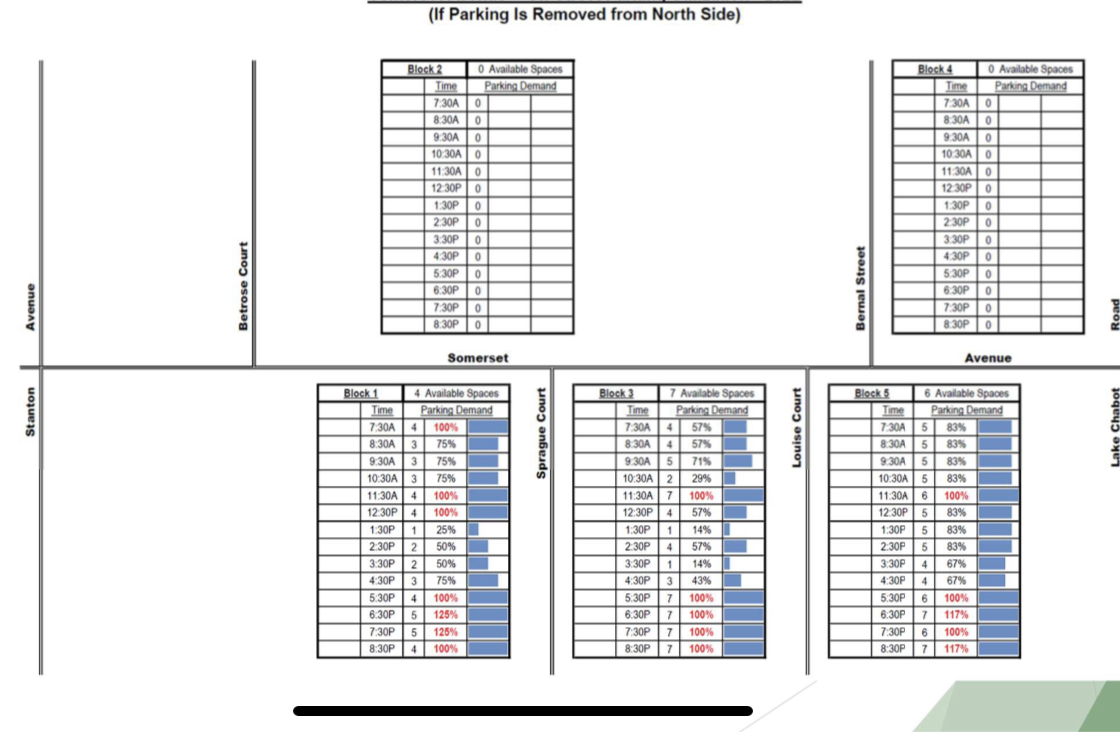 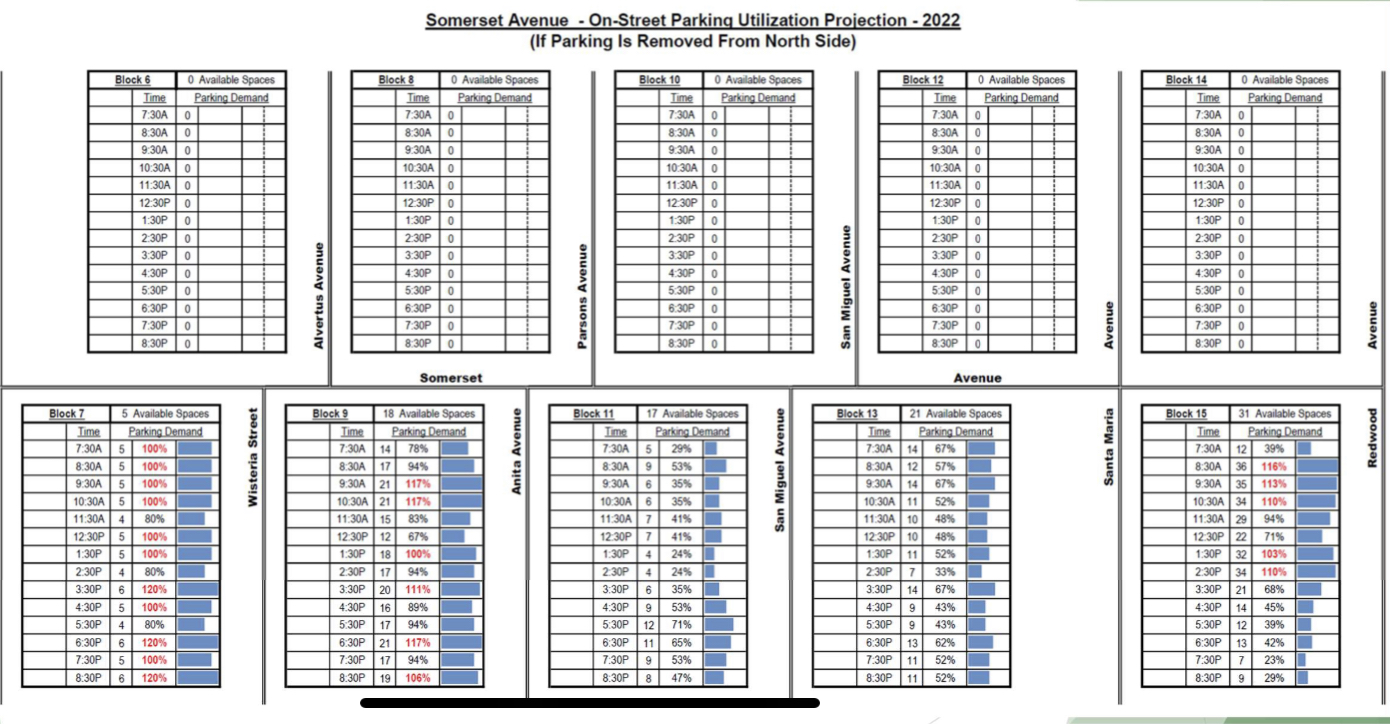 And what do people in Castro Valley think? 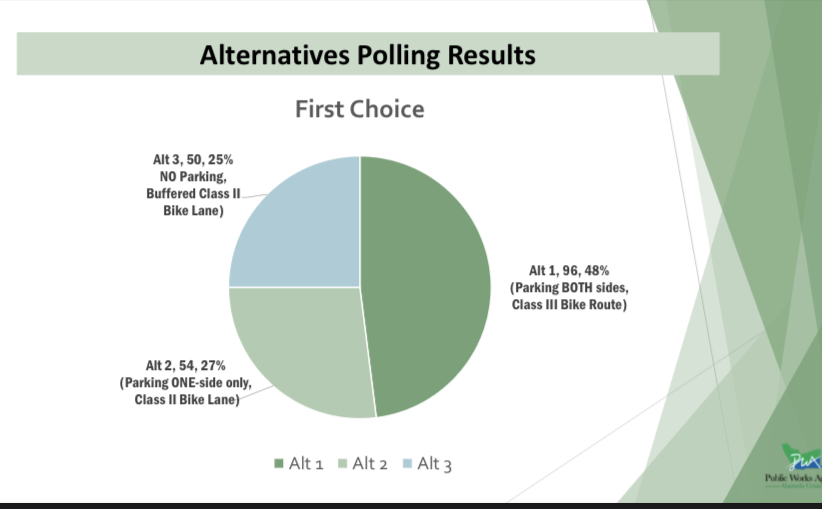 A slight majority favor removing some parking for safer bicycling. The survey was a general survey in Castro Valley and no doubt if residents living on Somerset favor keeping all parking, we get that. But few bike safety improvements are built because a majority favor it. That’s not how safety improvements work. Here, a majority favoring safety over parking is pretty good and should be enough, particularly because parking remains on the southside of Somerset, on numerous side streets, and in driveways and garages of every house along the project.

As is, the Director of Public Works, a person with over 22 years professional experience and responsibility keeping people safe on roadways, is proposing this: 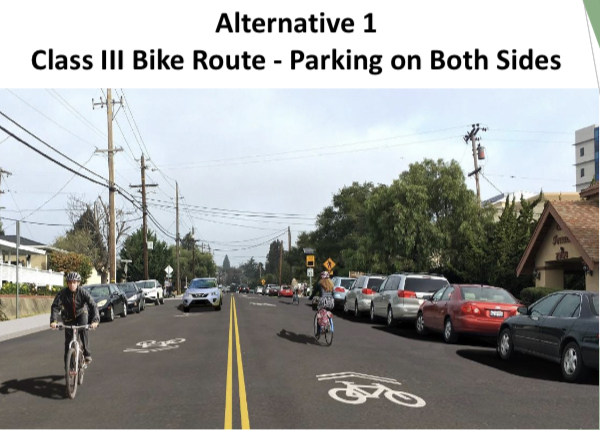 Take a look at the children shown bicycling in this photo and notice the car approaching the child on the left. Imagine many more cars on this busy street.

Here is the project map: 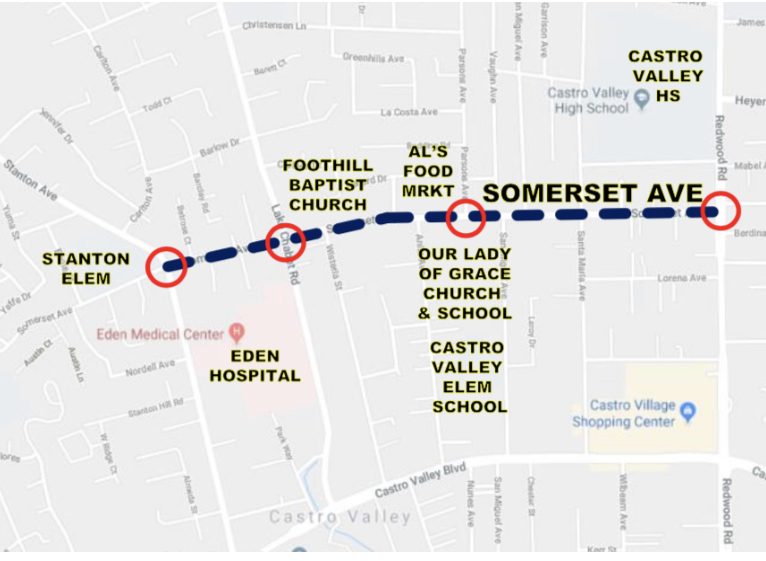 Which other streets are parents going to tell their children to use to get to any of these schools? Somerset Avenue is an approved route for bicycling in the Countywide Bicycle Plan for a reason—it connects.

This project is funded by state action transportation program, which has a pretty good Complete Streets Policy requiring a safe bikeway. In addition, here are the project goals, as identified by Public Works: 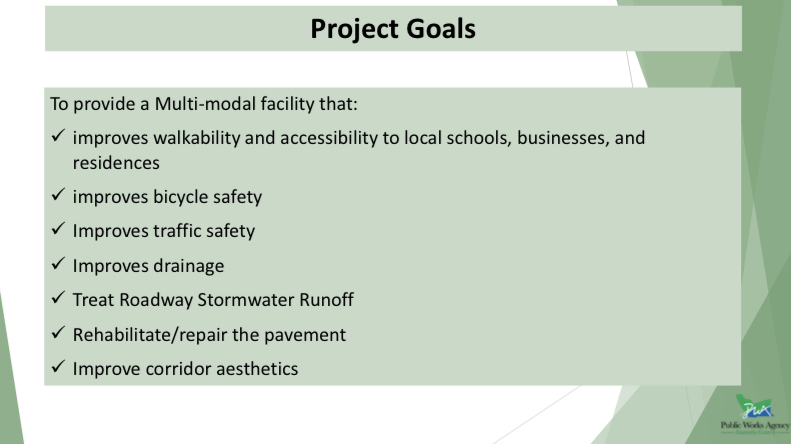 Do you see “parking” anywhere on this list? We are asking regional officials to review this inconsistent decision.

What would Bike East Bay do if we were in charge?

The main issue here is parking removal, which naturally gets people riled up. We propose doing a week-long pop-up cycle track on the northside of Somerset, as shown above in the Streetmix graphic, and let residents experience parking changes, while students and their parents enjoy a safe way to get to school. And in fact we are ready to help, with boxes of flex posts, traffic tape, and green paint we have to build it. A short-term demonstration will show more precisely what, if any, parking impacts there are, such as whether residents with driveways and garages are unable to park their cars on their own property, on the southside of Somerset or nearby on a side street. It’s the kind of “pilot” that exists everyday on several streets in Castro Valley where for years now parking has been removed, not for bike lanes, but for vehicle lanes. Roads such as Redwood Road, Lake Chabot Road, parts of Stanton Avenue and parts of Somerset Ave as well have parking removed on one or both sides, and have had so for years. Redwood Road has had more parking removed overall than this project would remove from Somerset. Public Works could survey residents where parking was removed years ago to find out how parking removal in front of their homes has impacted parking.

Would Castro Valley be the first place in East Bay to remove parking for a two-way cycle track connecting to neighborhood schools?

Oh no, far from it. Alameda was the first city to do so, some 15 years ago, when the Fernside cycle track was built at Lincoln Middle School. Fremont recently build a cycle track on Fremont Blvd at American High School, keeping parking on the west side of the street. In 2017, Berkeley built a cycle track on Bancroft Avenue in the southside area of UC Berkeley. Richmond just completed a cycle track on Marina Way South near Nystrom Elementary School. Lafayette built a two-way pathway on First Street many years ago, turning the street into a one-way street with parking on one side. Lafayette City Council recently approved connecting this bikeway to the Lafayette-Moraga Trail with a cycle track on School Street, removing parking on one side. San Leandro is staging pilot, cycle tracks on Bancroft Avenue and Williams Street on August 13 this Summer in front of numerous schools, with parking removal. Don’t get us started.

Here was our June 28 action alert.