Join Berkeley Mayor Tom Bates, Mayor Morten Kabell of Copenhagen, and Mayor Albrecht Schröter of Jena, Germany, along with Berkeley City Council members, and faculty and members of the Chancellor’s staff at UC Berkeley, for a short family-friendly bike ride from Sproul Plaza at UC Berkeley to Berkeley City Hall. The ride is open to the public and meant to explore first hand improvements needed to make Berkeley’s famous bike boulevards safe and comfortable for all residents.

Bike East Bay and Berkeley High School are hosting an energizer station on the morning of Bike to Work Day at Berkeley City Hall, corner of Milvia St and Allston Way, right in front of City Hall. Bike commuters can stop by and enjoy snacks and drinks, as well as musette bags full of Bike to Work Day swag. Bike East Bay will host a press event starting at 8:40am with Mayor Tom Bates speaking, Mayor Morten Kabell of Copenhagen speaking, and other invited speakers. 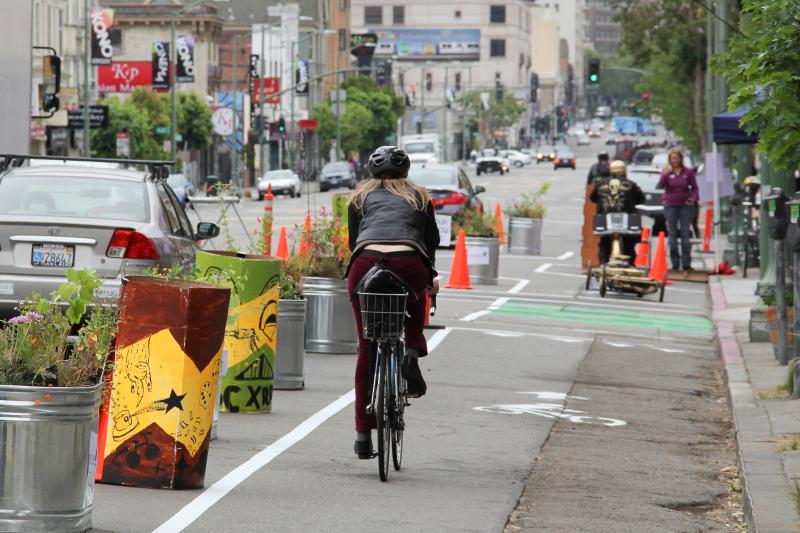 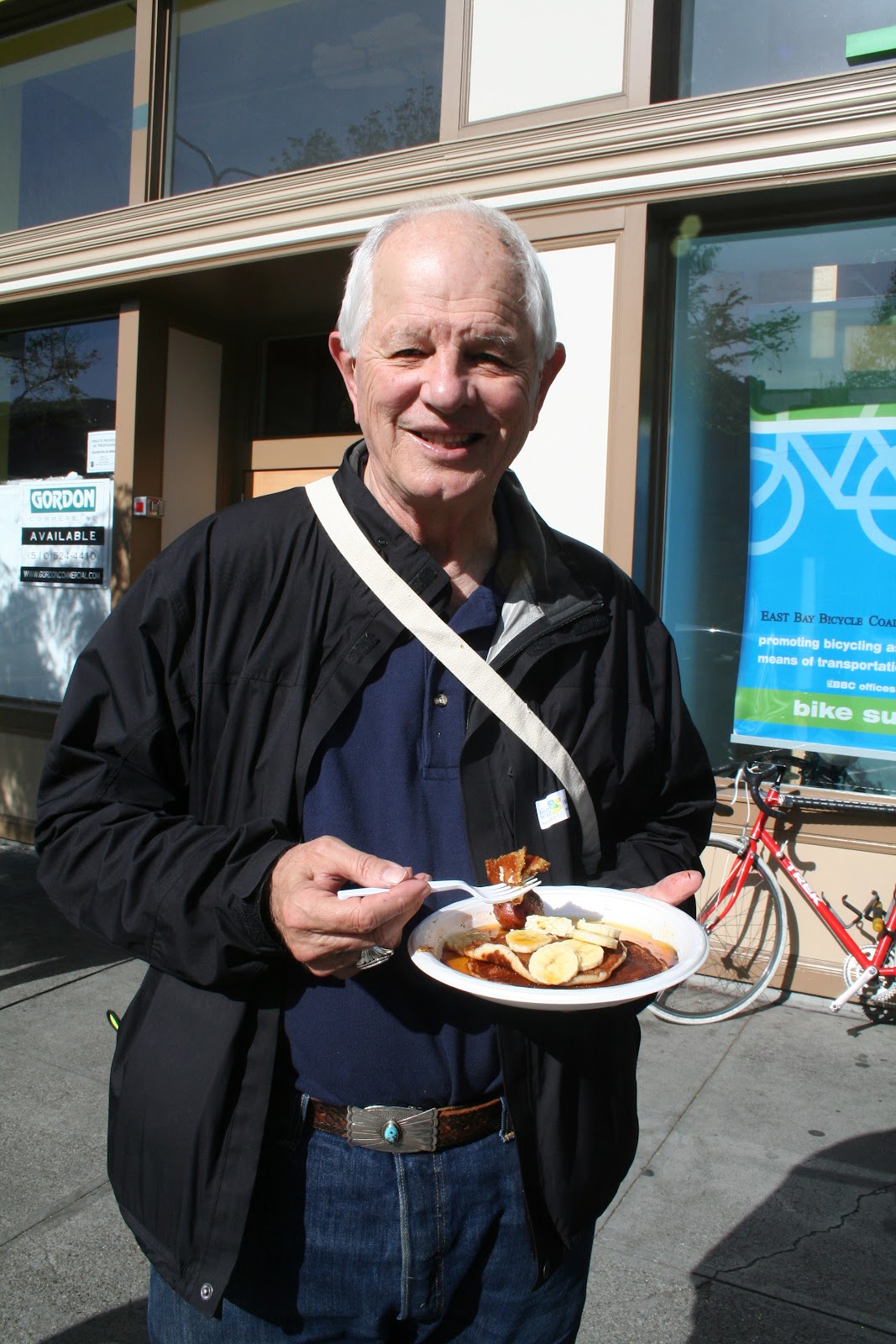 On May 14 this year, Bike East Bay is staging a pop-up bikeway on Milvia Street, in front of Berkeley City Hall, showing the public what a better bikeway can look like on one of Berkeley’s most popular streets for bicycling. The pop-up bikeway includes bike lanes along the curb and protected from traffic, the way all bikeways on busier streets should be. Bike East Bay uses traffic cones, temporary paint, and signage to construct our pop-up bikeway.*

The Berkeley Bike Station is also hosting a morning energizer station with great food donated from La Note Restaurant in downtown Berkeley, 7:30-9:30am while supplies last. Don’t miss out. Bike Happy Hour comes to Berkeley this year. 5:30-8:30pm on the streets outside of Sports Basement Berkeley, come enjoy Planet Booty on a Rock the Bike powered sound stage, food, drinks and games. And if you didn’t get a chance to ride with Copenhagen Mayor Morten Kabell on the morning of Bike to Work Day, we want you to meet him at Happy Hour. Milvia St & Derby.

*A pop-up bikeway is a temporary bikeway, created with removable street striping and barriers, simulating designs for potential permanent protected bike lanes. They allow neighbors and local businesses to get a feel for what a great bikeway is like before any permanent changes are made to the street. People commuting by bike on the morning of Bike to Work Day are encouraged to join Berkeley Mayor Tom Bates and City Councilmembers, and Mayor Morten Kabell of Copenhagen and ride down this pop-up protected bike lane, and enjoy what future bike commutes could be like.